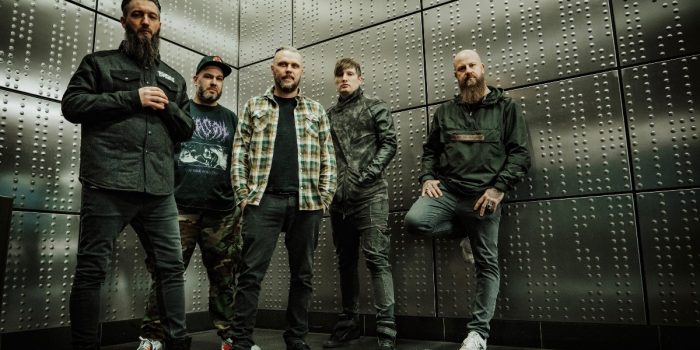 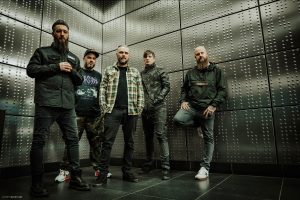 When the gates of the world slammed shut in 2020, German metal spearheads CALIBAN focused their energies in the studio. The results were nothing short of prolific: at first, “Zeitgeister”, a collection of classic CALIBAN songs re-done in their native German, but more importantly, a brand-new album, “Dystopia”.

Andreas Dörner (vocals) about “Ascent Of The Blessed”: “This song is inspired by my imagination of a near-death-experience and the question about my life. It’s about the question if one is a good or an evil person.”

The approach to “Dystopia” was instinctive and organic. The result was simply darker and heavier. A state of the world address and a sign of these locked-down times. The band members worked in relative isolation, not being able to meet up for writing sessions. Ideas were passed around via the internet. Yet, the anxiety and angst they were all feeling came through. Hence the opening line of the album title track and war-cry: “Welcome Dystopia – Come show me who you are!” Amidst the anger and sonic wreckage, there’s still a ghost of hopefulness as the band searches for identity, solidarity and ultimately rising from dystopian ashes.

“Dystopia” was produced by Benjamin Richter (Moonspell, Emil Bulls) and guitarist Marc Görtz as well as co-produced by Callan Orr (Dream On, Dreamer).