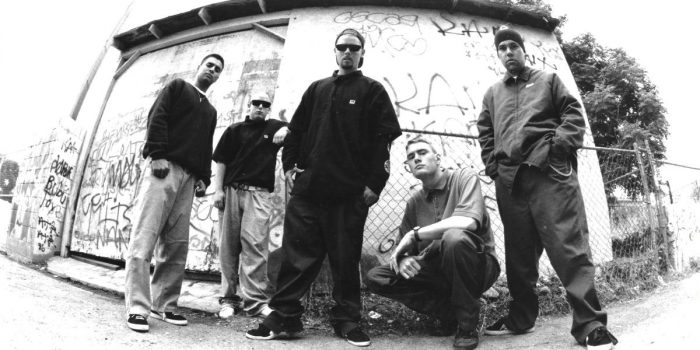 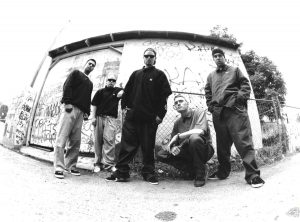 Los Angeles‘ groundbreaking pioneers of the rap/hardcore hybrid and outspoken sociopolitical activists, DOWNSET, have officially joined forces with the heaviest label in the business Nuclear Blast Records and are currently plotting one of the genres greatest comebacks. To mark the occasion, the band has partnered with the label to reissue the controversial demos that helped ignite a street led movement around the world, „Anger/Ritual“ 7″ and „About Ta Blast“ 7″, which were initially released 30 years ago.

Commenting on the signing to Nuclear Blast, founding guitarist Rogelio Lozano says: „Being signed to Nuclear Blast is a big honor for me. It’s a great organization/record label and working with the people there has been nothing but pleasant, professional experience. Nuclear Blast is the #1 heavy metal label in the world with so many great bands and amazing album releases. It gives my band and me the feeling of being a part of something special. We feel right at home, excited and look forward into the re-release of the first two original 7” records as a reissued bundle, as well as our forthcoming 6th album!

Look out for a mix of old school sound and 12 songs featuring the new era of downset in 2022. With our new lineup, Bobby Blood Ponte on drums, Phillip Gonzales on bass, myself on Guitar and OG Rey Oropeza on vocals, we plan on continuing the legacy with future albums to come. WE ARE BACK!!“