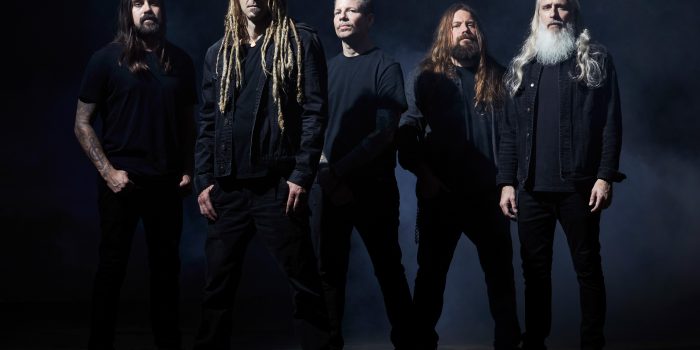 And now, one week before the second installment of the US leg of their co-headline tour The Metal Tour of the Year is set to commence… LAMB OF GOD releases “Wake Up Dead” featuring Dave Mustaine and the members of MEGADETH. LAMB OF GOD vocalist D. Randall Blythe, guitarists Mark Morton and Willie Adler, bassist John Campbell and drummer Art Cruz recorded the MEGADETH classic remotely and recruited the MEGADETH frontman himself to feature guitar and vocals on the song.

Mustaine lent his signature vocal to the track, with lead guitar work on the various solos by LAMB OF GOD‘s own Mark Morton, as well as MEGADETH’s Mustaine and Kiko Loureiro. The recording also includes vocal contributions from MEGADETH members James LoMenzo, Dirk Verbeuren and Kiko Loureiro.