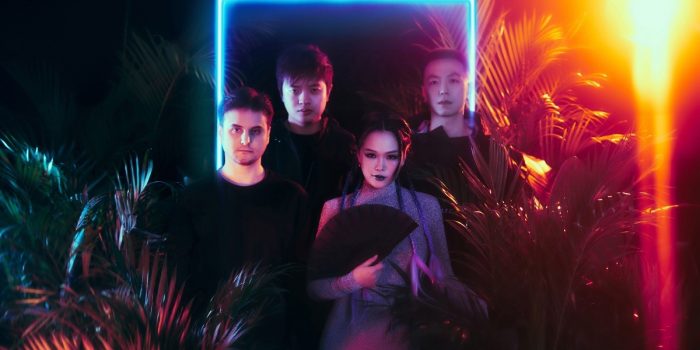 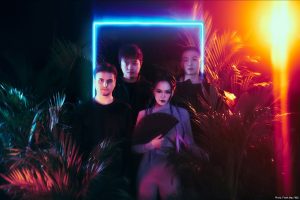 Progressive metal quartet OU (pronunciation: “O”) have signed with InsideOutMusic for the release of their debut album “one”.  Hailing from Beijing, China, the group combine a variety of elements and influences (Devin Townsend, The Gathering, Radiohead to name a few), to create their extremely unique sound.

Anthony Vanacore (drummer) comments: „The music from our debut album, “one” comes from the deepest parts of our souls; I’m so proud and grateful of the outcome and I hope it will find people to resonate with. I believe the record is historic in many ways as it to my knowledge is the first time a Chinese band has been signed to a western major record label. We are very honored to be signed to Inside Out music, a label which hosts many bands and artists we’ve grown up listening to and idolizing, including many bands and artists that influenced this very record. The music on the record is fresh, dynamic and sometimes surreal sounding and I believe will appease many music-lovers‘ search for something that is both in and outside the box, drawing you into a new world called OU.“

InsideOutMusic Label Manager Thomas Waber comments: „We are really excited about signing OU from China, as we were blown away when we heard the music for the first time. Very unique and modern, but still familiar sounding, a rare find these days!“

Formed by drummer and songwriter Anthony Vanacore, the idea behind OU came from each member having a long history of playing in local house bands and seeking new challenges in their growth as musicians. Vanacore would go on to recruit talented guitarist and fellow house band veteran Jing Zhang, as well as highly sought-after bassist Chris Cui, with the three of them laying the initial groundwork for the song structure and creative approach. OU recruited highly talented singer Lynn Wu to front the project, who brings with her ethereal vocals that contrast with the dynamic and engaging music, delivering a powerful and soaring sound. On their debut, OU set out with only one clear goal in mind, and that was to make certain that every song had its own unique identity. Stay tuned for more updates on OU.