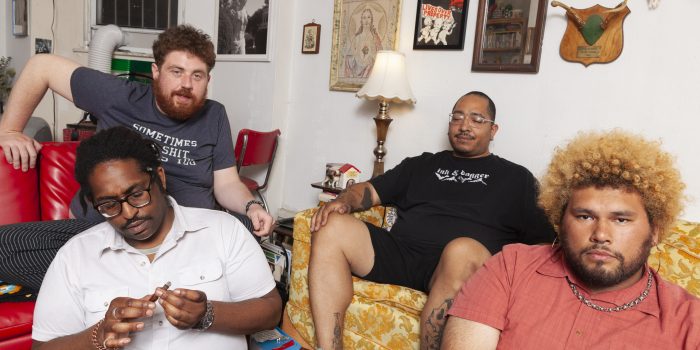 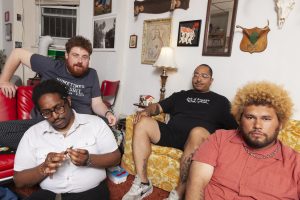 Philly based hardcore band Soul Glo have released their latest single, “Driponomics,” ahead of their fourth studio album Diaspora Problems due out on March 25th. This scathing commentary on capitalism and economic disparity is contrasted with the prevalence of hypebeast culture, listing popular designers and brands in between screeching distortion and a heavy bassline. The track also features a verse from fellow Philly native, rapper Mother Maryrose.

Soul Glo explains that “Driponomics is for everyone doing what they have to do to get by and to get fly. Oftentimes lower-income and working class people are criticized for how they survive out here, especially in times of crisis. People are getting more desperate but simultaneously more creative with their income options, and this song is a salute to that. Love to Mother Maryrose whose verse on this song is one of the best moments on our album.”

Presented in a hardcore whirlwind of justified rage, Soul Glo’s sharp lyrics are always thought provoking and politically charged, with lines like: “Ain’t nothin’ as ugly as a balance in the red / I want bands on every politician’s head”

Fusing hip-hop, hardcore, and punk, the Philly outfit are fearless in their approach and even more ruthless in their delivery. Injecting their colorful narrative into predominantly white spaces, Soul Glo has the scope and ability to transcend outer appearances in hardcore music. With the release ofDiaspora Problems, the band is not aiming for it to be the only album like it that exists, but instead one of many entries in a new dawn for rock music.