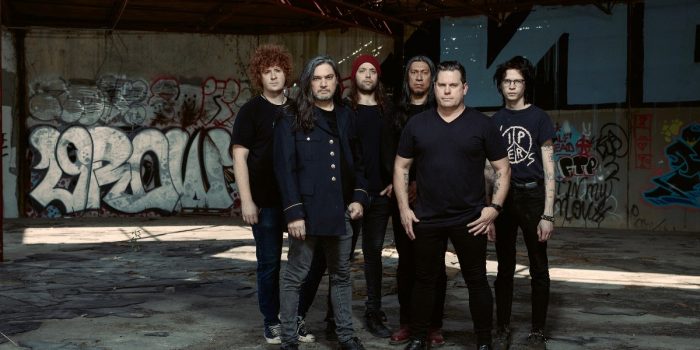 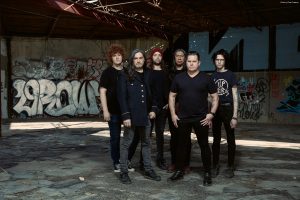 Austin’s …And You Will Know Us by the Trail of Dead announce their first quadraphonic surround sound studio album – XI: BLEED HERE NOW – due out 15th July 2022 via InsideOutMusic in Europe & Dine Alone Records in North America. The new LP is their 11th, was produced by Trail’s own Conrad Keely and Jason Reece alongside Charles Godfrey who also produced 2020’s X: The Godless Void and Other Stories, and was mastered by Scott Sedillo and KamranV at Bernie Grundman Mastering. XI: Bleed Here Now is QUARK encoded to play in both stereo and Regular Matrix quadraphonic sound. Today they have launched two new tracks taken from the album: “Penny Candle” b/w “Contra Mundum”.

XI: BLEED HERE NOW  follows January 2020’s X: The Godless Void and Other Stories – an album that also marked the band’s 25th year together. Trail of Dead were supposed to spend 2020 touring with their newly assembled five-piece live lineup in support of X and celebrating their career milestone, but were sidelined by the pandemic. After the shock wore off and months of very little to do, they decided to start working on a new album. Looking to recapture the Golden Age of rock and give the listener a more immersive experience, they connected with KamranV who has been working with spatial sound since the early 2000’s and introduced them to QUARK – a plug-in that makes creating an album in quadraphonic sound possible. While this takes place during the mixing stage, the intent led to broader recording decisions, for example setting up the mics with the idea they could mix them into four channels when tracking Tosca String Quartet for the live string arrangements on the opening theme “Our Epic Attempts” and the string performance on “Millennium Actress,” which also features the band’s old friend Amanda Palmer. When doing the vocals for “Growing Divide” they brought in Spoon’s Britt Daniel, with Keely adding, “…we thought how cool it would be to have our friend Britt Daniel come in to sing one of the harmonies, so that we could have four diﬀerent voices separated out between two stereo mixes.”

XI: BLEED HERE NOW bridges the gap between artistry and technology, giving listeners an immersive and transportive experience. “Art has a role to play in the upcoming decade(s): it needs to point humanity towards solutions. Our hope is that by expanding the ways we listen and hear; we expand our own inner (my parents would say spiritual) potential for the problem-solving to come,” commented Keely. As with all Trail albums, Keely created the album art, this time inspired by Jeremiah Chiu’s design for Suzanne Ciani’s 2018 LIVE Quadraphonic LP – the first quadraphonic vinyl release in more than 30 years.