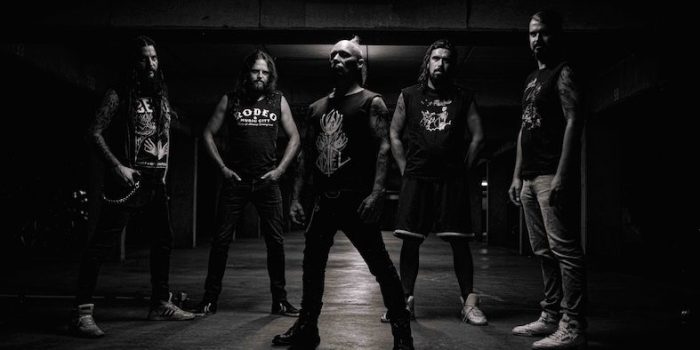 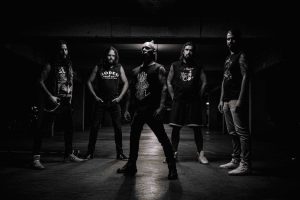 BARK is an Antwerpen –  Belgium based band, founded by seasoned musicians who have been playing with the likes of Destruction, Hard Resistance, Bulls On Parade and Bliksem. They released three albums so far : ‚Voice Of Dog‘, ‚Like Humans Do‘ and the critically acclaimed album ‚Written In Stone’, all self released on their own label structure Sound of the Hound records.

Given the nature of the short-rabid songs they were making on the first album, they decided to call the band BARK. The band swiftly built a solid reputation for their scorching and wild live shows as well as their uncompromising wall of sound that brought them to support bands like Sepultura, Life of Agony, Madball, Pro-Pain, Destruction, Sheer Terror and playing to big festivals as Graspop Metal Meeting, Alcatraz, Roadburn, Into The Void and and many more.

Artistically, they created a universe led by a dog-priest where they all found their sanctuary. Being a fan of BARK is not about following a band. It’s about joining a pack and entering a world that makes more sense because it is purified of BS and brought back to the bare essentials of what it means to be a human or a dog.

BARK’s new album is expecting for an early 2023 release and the first single shall be released in Fall 2022.