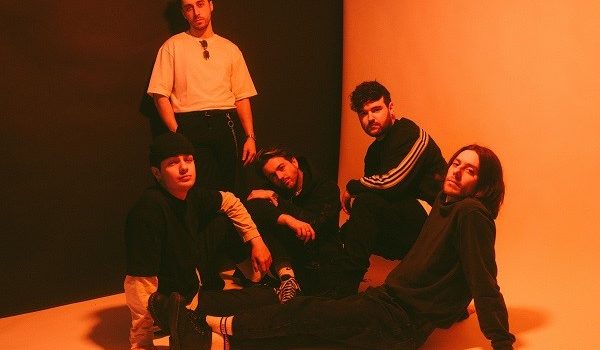 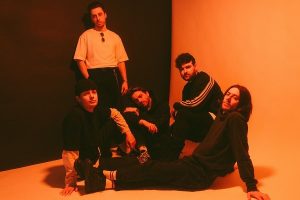 Boston Manor announce that their fourth studio album „Datura“ will be released 14th October via SharpTone Records. The burgeoning British rock act have also released a new single – „Passenger“ – which introduces the record’s nighttime aesthetic with the kind of intense and unrestrained burst of an anthemic chorus for which the band have become known in recent years. It’s a song that’s both hopeful and energetic but also on the verge of emotional collapse: Boston Manor – Passenger – YouTube

Says guitarist Mike Cunniff of the new song’s process: “It’s really one of our favorite songs on the record. We’ve been jamming it in rehearsals a little bit and it just works so well live. It was a very stripped back approach to writing as well. We didn’t want to put too much stuff in it, which kind of leaves us feeling a little bit vulnerable and naked onstage, when there’s not too many things going on. It was the last song we wrote and recorded for the record, the final piece of the puzzle“.

„Datura“, which is introduced by somewhat of a title track „Datura (dusk)“ – revealed by the band in video form last week, pushes the limits and stretches the boundaries of Boston Manor more than ever before, musically, lyrically, thematically and conceptually. 2018’s „Welcome To The Neighbourhood“ and 2020’s „GLUE“ shifted the needle in terms of Boston Manor’s sound, incorporating synths into their framework and a heavy focus on atmosphere. Coming off the back of last year’s „Desperate Times, Desperate Pleasures“ EP, „Datura“ takes all that one step further. The first of two parts, this set of songs exists in the dim light between dusk and dawn. It’s a record you don’t just merely listen to, but one – from the moment the sinister opening strains of first song ‘Datura (dusk)’ begin – you actually inhabit and experience. It’s a record that envelops you, drags you into the dark shadows, leaves you cold, breathless, paranoid. The mood you’ve just been submerged in is inspired by vocalist Henry Cox drinking too much during the height of the pandemic and the dark nights and darker mornings that followed.

The new album was recorded in Brixton with Larry Hibbitt, the Hundred Reasons guitarist/vocalist-turned-producer. “We didn’t really do any writing for almost all of 2020”, says Mike Cunniff, “and that gave us a bit of a reset. Through working with Larry, we found what we felt was the most concentrated essence of Boston Manor. The EP was the perfect jumping off point, and we wanted to carry on doing more of that. It feels a lot more refined – we wanted fewer songs so that we could be a lot more intentional”.

In „Datura“, Boston Manor have created a universe. That smouldering, ominous title track bleeds into „Floodlights On The Square“, a song of despair that reaches anthemic proportions, but which also contains some widescreen, John Carpenter-esque flourishes. The darkness, literally and metaphorically, continues with both „Foxglove„ – the album’s crunching, catchy first single, released back in April. By comparison, „Crocus“ starts off slowly, but builds with intention and energy, before fading out and then into the eerie, rain-laced cyber-punk instrumental „Shelter From The Rain“. It might not be a traditional Boston Manor song, but it’s an essential component of this album, and one which takes heavy influence from the video game and movie soundtracks that the members of the band adore. “Beyond a few on Welcome To The Neighbourhood, we haven’t really done many interludes per se”, says vocalist Henry Cox. “But I’ve always enjoyed them. This one illustrates how it’s like 4am at that point. It evokes loneliness and despair, but with a small sense of hope in it that things will get better – that the rain will stop and the sun will rise. It brings the listener in and makes them feel like the protagonist within the story. They’re part of what’s happening on the record and can fully immerse themselves into the world we’ve created. And that then takes you into ‘Inertia’, which kind of closes the record. That’s a love song, but it’s about hope for the future as well”.

“I want people to connect with the themes of this album” says Cox. “Not so much in terms of it being so specific to me – although I hope they appreciate the vulnerability in it – but with the view that they can project their own life story onto it. At its core, this is an album about somebody struggling to get control of their life and pull themselves up. I think a lot of people can relate to that, especially in the times that we’re living in at the moment. So as much as I was writing about my problems, I hope people can find solace in it”.