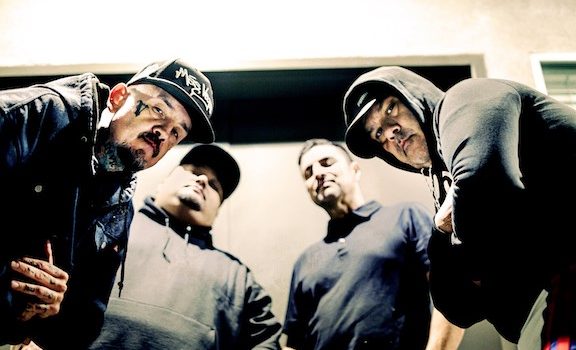 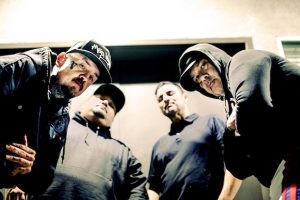 Los Angeles‘ groundbreaking rap/hardcore pioneers, DOWNSET., will make their long-awaited return this spring for the release of their first album in 8 years, „Maintain,“ that’s due out June 10th from Nuclear Blast. On their 6th album, the band draws inspiration from their early hardcore and hiphop roots while reigniting their passion for the streets and fury for the current societal and political injustices.

Now, the band has revealed full details of „Maintain,“ as well as the record’s first single „The Place To Be,“ which is accompanied by the video that can be seen here: downset. – The Place To Be (OFFICIAL MUSIC VIDEO) – YouTube

Commenting on the new single’s origin of sound, guitarist Rogelio Lozano states: “This was one of the first tracks written with the new members Bobby Ponte and Philip Gonzales. With Nick Jett (TERROR) engineering and co-producing, our first objective was to try and revisit the original DOWNSET sound of the first ever recorded demos. To try and recreate the tone, we first unwound our guitars and basses back to drop “C,” and then created heavy rhythmic beats and riffs to facilitate a platform for Rey Oropeza’s Hard Rap flows.“

Lozano adds about the lyrical content: “The lyrics to this song combine several subjects into one song and at the end all tying in together. Represent yourself with class, responsibility and courage. Setting a good example for our youth is my interpretation of the message.”