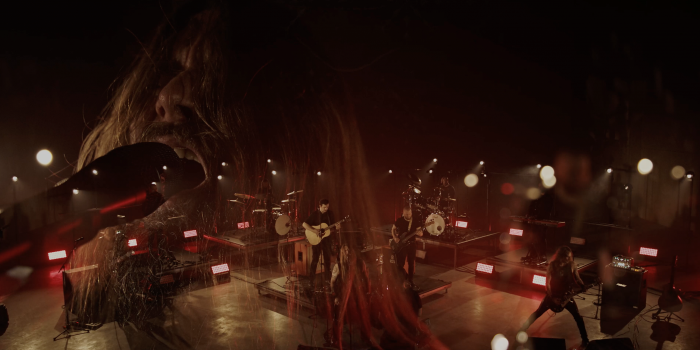 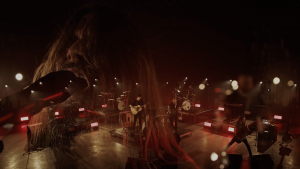 Left-field metal luminaries Enslaved have revealed a single and video for ‚Caravans to the Outer Worlds (Live from The Otherworldly Big Band Experience)‚. The track, which comes from their forthcoming new studio album Heimdal (out March 3rd), as well as last year’s EP of the same name, sees an innovative, alternative live recording and stellar presentation of the song, with nuanced accompaniment from fellow psychedelic Norwegian prog band Shaman Elephant.

This extraordinary performance took place one year ago, on last year’s Winter Solstice, via the streaming event The Otherworldly Big Band Experience.

Heimdal album bonus versions will contain an extra track, ‚Gangandi‚, alongside a Blu-Ray copy of The Otherworldly Big Band Experience. This streamed event was the band’s boldest project to date. The kaleidoscopic stage show features a spectacular setlist, covering Enslaved’s career, both past and present, and several tracks never previously performed live.

Grutle Kjellson commented, “Caravans To The Outer Worlds‘ was the first material written for our upcoming album, and that first song usually points in a certain direction. However, this song points in several directions, and that really made the whole process immensely interesting, and ultimately pushed us making our best album ever! This live-version, taken from ‚The Otherworldly Big Band Experience‘, our last big project keeping us alive during the pandemic, is the first of hopefully many opportunities to behold a performance of this energetic song. We hope you’ll enjoy it. God Jól!”