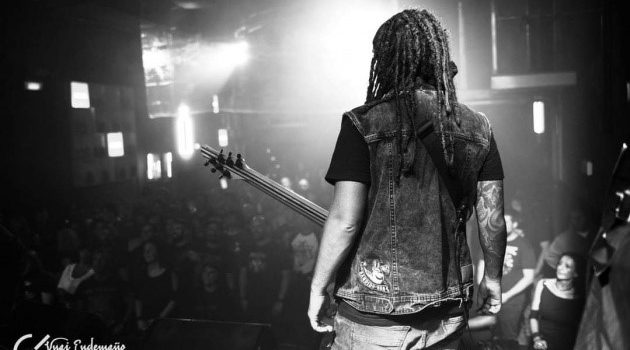 All-star project Feelingless just recently annnounced the release of the band’s upcoming studio album, entitled „Metal Against Animal Cruelty“, which will be coming out on December 2nd via Noble Demon. Brought to life by Hugo Markaida, member of Spanish melodic death metal band Rise to Fall, Feelingless is a project to support animal rights and to give a voice to the voiceless. Featuring top notch guest appearances by the likes of Björn Strid (Soilwork), Jon Howard (Threat Signal), Christian Älvestam (Solution .45, Miseration) and Ettore Rigotti & Claudio (Disarmonia Mundi) – just to name a few – „Metal Against Animal Cruelty“ offers eleven tracks and the proceeds raised from this release will be donated to an international animal welfare organization and to local animal shelters in Spain. 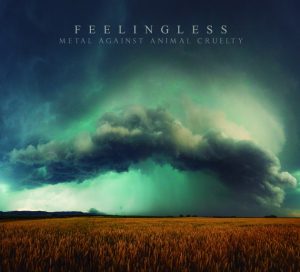 Hugo Markaida about the song: „This track is sung by Jake E of Cyhra and ex-Amaranthe and Rachel ex ETHS and currently in Cage Fight. It’s a track I composed in the middle of confinement, which is partly the fault of Ola Englund (Youtuber and guitarist in The Haunted) who every week would post a drum kit for musicians to put to music and riff on his bases. It pushed me to make different music than what I usually create. The lyrics of this track talk about covid and confinement. It’s a track with a brutal mix as Rachel screams and Jake provides the melodic vocals, accompanied by some brutal guitar solos from Pedro with a keyboard solo from Diego. Lawrence’s drumming takes this track to another level from what I had written.„