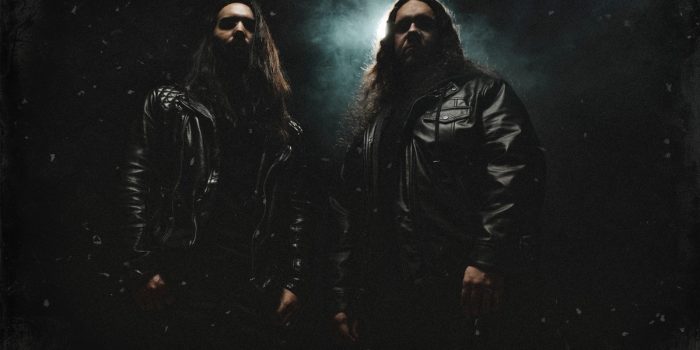 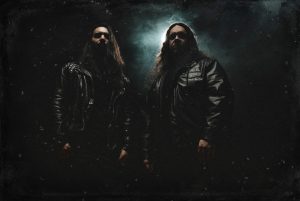 Speaking on the album announcement, Dan Cooley (vocals) comments: „We’re really excited to announce Triumphs! This has lived in our heads since we began writing the album in early 2021. We pushed ourselves to improve on everything from songwriting, to musicianship, and storytelling. It’s a juggernaut of an experience that we hope people enjoy listening to as much as we did writing it“

Steve Redmond (guitar and orchestration) adds: „We’re super stoked for everyone to hear the album. We had a blast making it and we hope everyone has just as much fun listening to it. While we want the listener to be immersed in the myths and legends referenced on this album, there is also a human element to these songs I think we can all relate to. For the first single we wanted an energetic track that represents a preview of the album as a whole and we think Demon Queller fills that role.“

Following their 2020 debut long player, Ruin, FORETOKEN’s latest album sees the group expand upon their foundations of meticulously lofty soundscapes, mythological narratives, and elaborate musicianship. Utilizing traditional narratives of myths, legends, and folklore from a wide range of Western and Middle Eastern origins, Triumphs examines the ignored collateral damage of the cost of victory through these established mythos.

Taking musical inspiration from melodic and tech death metal, as well as power, folk and black metal, FORETOKEN’s core sound on Triumphs is bolstered by subtle and captivating use of traditionally Scandinavian, Southeast Asian, and Middle Eastern instruments for atmospheric depth within the album’s 51 minute runtime. Reunited once again with Hannes Grossmann (Hate Eternal, Alkaloid, Obscura, Necrophagist, Blotted Science, and Triptykon) on drums and boasting a guest guitar appearance by The Black Dahlia Murder’s Brandon Ellis on penultimate track A Tyrant Rises As Titans Fall, FORETOKEN’s technical prowess shines through without overpowering any of the nine songs’ rhythmic charge. 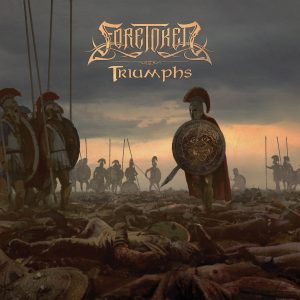 Triumphs was penned throughout 2021 by both Steve Redmond (guitar and orchestration) and Dan Cooley (vocals), with the pair settling on eight original compositions and a cover of Naglfar’s I Am Vengeance. Grossmann then commenced drum tracking at his own studio, Mordor Sounds, with guitars recorded by Redmond himself and vocals captured at Trepan Studios by Tony Petrocelly, before mixing and mastering duties were placed in the accomplished hands of Jacob Hansen (Arch Enemy, Fleshgod Apocalypse, The Black Dahlia Murder, and more) at Hansen Studios.

Visually tied together by portrait artist Tomas Honz’s detailed cover painting, depicting a protagonist’s journey in the aftermath of battle, Triumphs aesthetic component is a symbolic embodiment of the duo’s enduring fascination with historial consequence via a folkloric lens. Taking fables and fantasy to extreme sonic heights, FORETOKEN’s Triumphs is as lofty in ambition as it is accomplished in its musicianship and songcraft.