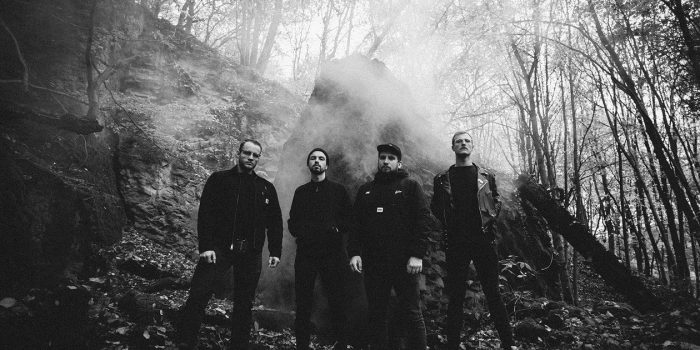 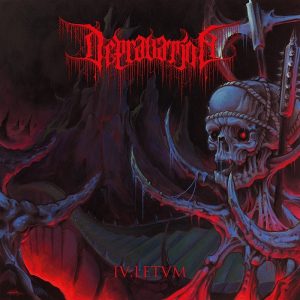 Before holiday season kicks in full effect we’re going to bring some coldness to your houses with the new single War Dreams of Itself by German blackened death/doom outfit DEPRAVATION. War Dreams of Itself is the first single off the band’s forthcoming new album IV:LETVM, set to be released on February 17th via Lifeforce Records.

The lyrics of the tracks of „IV:LETVM“ revolve around death, war, forces of nature and superstition as well as rituals. This consistently heavy lyrical content is matched by the instrumental brutality of the eight tracks. The quartet from Giessen in Hesse presents itself on its new album exclusively martial, destructive, and evil. Song titles like ‚War Dreams Of Itself‘, ‚Lessons Of Darkness‘, ‚Certain Death‘, ‚Suffering‘ or ‚Sadness‘ point the way ­– no coincidence that the band’s official logo consists of an axe and a mace. 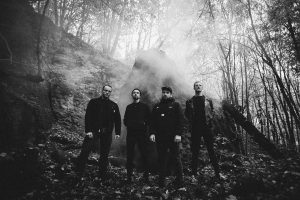 DEPRAVATION cultivate a resounding style mix of black and death metal with a crust side to it, which is served fiercely and lingers bitterly. Exactly this is what the group is after since their first release „I:PRAEDICTVM“ in 2012 succeeded by „II:MALEDICTVM“ one year later. Following 2020’s „III:ODOR MORTIS“, „IV:LETVM“ marks the second album for LIFEFORCE RECORDS. After more than ten active years, in which split records with ANCST and SLOWLY WE ROT were released, DEPRAVATION enter the scene without the pretense of following current trends or living up to any particular genre. „IV:LETVM“ is the expression of diverse musical influences and above all one thing: relentlessly extreme.