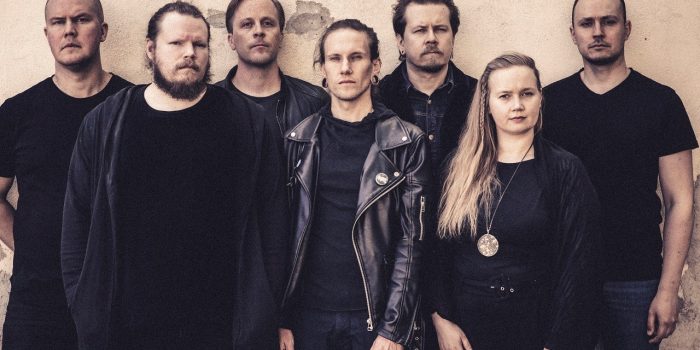 HANGING GARDEN of Finland reveals details of its eighth studio album and first for Agonia Records. „The Garden“, recorded by a seven-piece amplified by female vocals, navigating its way through a dark setting of melodic, gothic, doom and death metal, will see its release on March 24th. 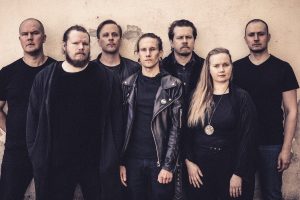 HANGING GARDEN formed in 2004, starting out as a heavy, doom-oriented project. Roughly two decades, seven albums and a couple of line-up shuffles later, the band shifted to a more melodic, contemporary sound, surrounded by a veil of melancholy.

The new album – „The Garden“ – dives deep into atmospheres both „tender and harsh, devilish and serene“ and „embarks upon a journey to mankind’s spiritual roots, contemplating the fragility of our technological society“ – as poetically described by the band. „There is a kind of energy in the songs that there wasn’t before,“ introspects Toni Hatakka of HANGING GARDEN. „A feel of hope to contrast our old friend the despair, a strong notion of action against the familiar melancholy, or maybe a light amidst the comfortable gloom…“ Read Toni’s full comment below.

„After almost two decades of dwelling in the musical and lyrical thematics of despair, loss and melancholy, I had the feeling that our next release could have some room for hope and light as well – of course not forgetting our trademark-ish somber aesthetic. The approach we decided to take was to weave a story of how humanity would still thrive, still find meaning, after the world as we know it has finally met its end.“ 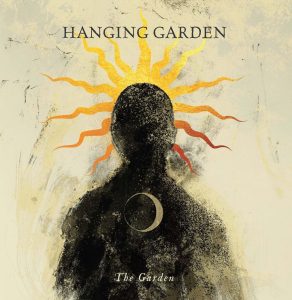 „Exploring the rituals, belief systems, connection to nature, finding purpose in just being and surviving were the cornerstones of how The Garden came to be. Another strong theme is that of dreams; since childhood, I’ve had this recurring dream world with a silent feel of stagnation, colossal constructs of rust, the action of journeying to the unknown, and lush nature. This is where I also draw a lot of what ended up on the album. The lyrics written by Riikka also amalgamated into this aesthetic perfectly. Even the name was given to me in a dream. Back in spring, I had a dream where our keyboardist Nino and I had a talk about this being our Magnum Opus and that we should call it The Garden. Such a powerful notion could not be left unheeded, and so the album had its name. The Garden is at the same time familiar and atypical for us. There is a kind of energy in the songs that there wasn’t before, a feel of hope to contrast our old friend the despair, a strong notion of action against the familiar melancholy, or maybe a light amidst the comfortable gloom. But in the end, this is us.“

„The Garden“, the follow-up to „Skeleton Lake“ (2021), was produced by Jussi Hämäläinen (vocals, guitars) and Jarno Hänninen. The album was mixed and mastered by the latter at D-studio (Beherit, Shape of Despair). Cover artwork and new band photos are by Finnish artist Kalle Pyyhtinen. „The Garden“ marks the return of new-old drummer Antti Ruokola, last seen in HANGING GARDEN seven years ago.

HANGING GARDEN may appeal to fans of Swallow the Sun, Ghost Brigade, October Tide, Katatonia and Type Of Negative.