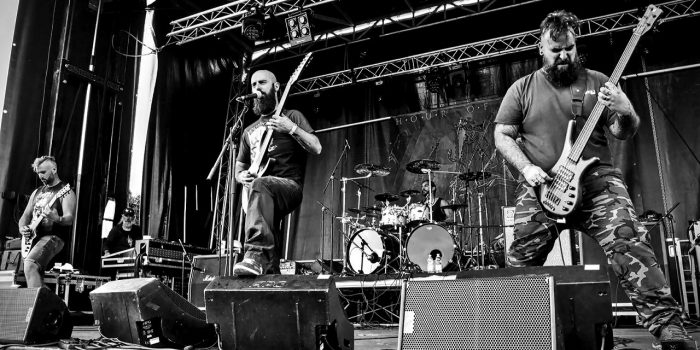 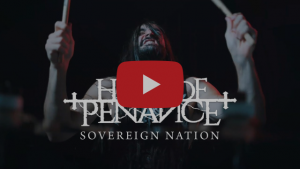 Giacomo Torti has stepped in as new full time drummer for the Italian technical death metal powerhouse, HOUR OF PENANCE. Watch his playthorugh video for the song „Sovereign Nation“, taken from the band’s last album, „Misotheism“, due for re-release in CD, LP and MC on January 27th via Agonia Records: HOUR OF PENANCE – Sovereign Nation (Official Drum Playthrough) – YouTube

Torti, who recorded several albums with Perugia-based techdeath dealers Bloodtruth, has performed live with HOUR OF PENANCE prior to officially entering the line-up. Those shows included 2022’s Hellfest festival in France, among others. Torti replaced Davide Billa (Antropofagus), with whom HOUR OF PENANCE had put out two albums: 2017’s „Cast the First Stone“ and 2019′ „Misotheism“.

„We have another great news for you guys, meet our new drummer Giacomo Torti,“ comments the band, after announcing the re-issue of „Misotheism“ last month. „Some of you may have already seen him on stage in our last shows, and he’s going to be with us full-time from now on. Enjoy his playthrough of Sovereign Nation!“ 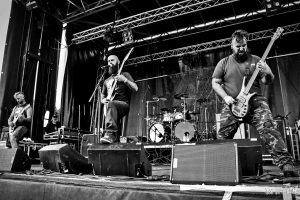 „Misotheism“ is a pitch-black and delightfully brutal death metal soundtrack to a collapsing universe, and the re-issue marks the third anniversary of its initial descent. January 27th, 2023 will see the album’s return on jewelcase CD, the album’s debut on coloured vinyl, and – for the first time – its release on limited tape. The album was worked on in three different studios (Bloom Recording and Kick Recording in Italy, and Hertz in Poland). The cover artwork was created by Gyula Havancsàk (Accept, Annihilator, Ensiferum).
„Misotheism“ is HOUR OF PENANCE’s first album for Agonia Records and eighth to date. The band has a reputation of a venerated live act, with tours across North America, Europe and Australia (in the company of Cannibal Corpse, Behemoth, Devildriver and Misery Index). This year the band played several festivals, including above-mentioned Hellfest, as well as Lions Metal in France.