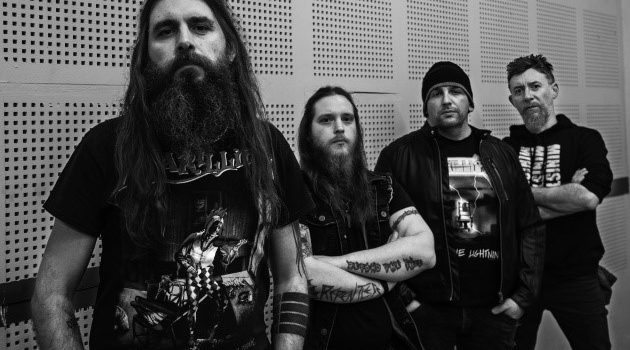 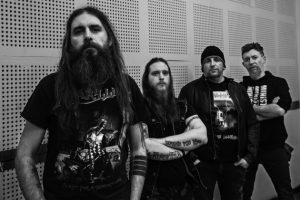 Formed in 1999, with their brutal blend of electronica noise, industrial and thrash metal avant-gardes, Infection Code ever since belongs to one of Italy’s fore-fronting extreme metal acts and became an integral part of the heavy music scene. Following the band’s latest, much acclaimed record IN.R.I. (2019), today, the four-piece announced to return with their eighth studio album! Alea Iacta Est will be released on September 30, 2022 via Argonauta Records.

On their forthcoming album, Infection Code not only presents a new, strong line-up, but a new band spirit and energy that is immediate evident, as they unleash a thunderous, musical scenerio, that promises to be one of their most extreme and heaviest records to date. To share a first sneak peek with you, today, Infection Code premiered a music video for colossal album single „Red Death Masquerade“!

„Red Death Masquerade is the first video published for our new album “Alea Iacta Est” and is the first song created with the new line up. (Actually we have changed again for the third times in nine months).“ Says vocalist Gabriele.

He continues: „We have written this song during the first lockdown in our home studio and thanks the technology we could trade the files and then recorded it at THE Cat’s Cage Recording Studios by Francesco Salvadeo. About the lyrics we have take source of inspiration by an Edgar Allan Poe’s novel called Red Death Mask. Musically we think the song have some good killer thrash guitars riff and very aggressive parts of drums. If someone asks what  similar band we could answer Entombed meets Godflesh meets Kreator meets Prong!!!  Probably our faster song of the album. As video we have choose a dynamic cover created by STRX studio and design.“