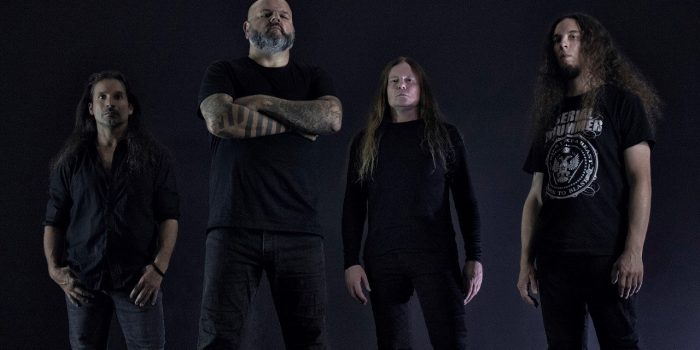 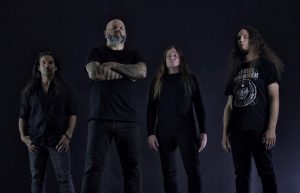 Legendary progressive death metallers SADIST have signed a booking deal with Eternal Rock Music Agency from the Netherlands. The band will be represented worldwide by Ludy Wetzl. Amongst Eternal Rock’s other clients, are Aeternus, Pestilence and Uli John Roth, to name a few.

SADIST will release its new album „Firescorched“ on May 20th via Agonia Records.

„Firescorched“ is the fastest, highly experimental and most extreme album of SADIST’s career. The songs are fresh, embrace blast beats and give away a horror vibe, in combination with gloomy and anguished lyrics. The band’s adventurous style, featuring  jazz and Middle-Eastern influences, pierces through a veil of progressive death metal that cloaks nine new compositions (eleven, if counting two bonus songs).

The album was recorded, mixed and mastered by Tommy Talamanca at Nadir Music Studios in Genoa (Italy) with artwork design by Paolo Puppo.

„Firescorched can be described as Sadist 2.0,“ comments Talamanca. „It’s not a real concept album in the classical meaning of the word, despite the fact that most of the lyrics are somehow connected. Some of them are real horror stories, and the whole album sounds really creepy. We all love the cover artwork, which adds to that feeling.“

SADIST started out in the early nineties, having emerged from Genoa in Italy. The band went ahead of its time, with an adventurous take on the then-developing progressive death metal subgenre. Its presence was firmly established through an unmistakable style, detectable since the debut installment „Above The Light“ from 1993, as well as following albums: „Tribe“ (1995) and „Crust“ (1997). After the release of „Lego“ (2000), which brought about a temporary shift towards the avant-grade/core spectrum of the genre, SADIST went on a hiatus. The band returned to its proven sonic formula in 2005, having put out four studio albums since, and continues to maintain its epic take on death metal, featuring jazz and Middle-Eastern elements. SADIST played before huge crowds as a support act and opener for such iconic bands as Iron Maiden, Megadeth, Slayer or Motorhead, guesting at Olympic stadiums and gaining exposure at high-profile metal festivals as Wacken Open Air (1998), Gods Of Metal (2006 & 2010) or Hellfest (2010). The most recent trek took place in 2019, when the band toured Europe with I Am Morbid, Vital Remains and Atrocity.