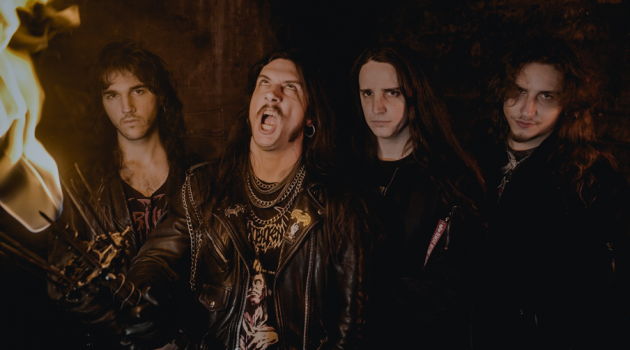 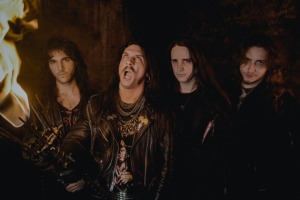 Antwerp, Belgium based death/thrash metallers Schizophrenia just recently announced the release of their upcoming tribute EP „Chants Of The Abyss“, which will see the light of day on February 10, 2023. „Chants Of The Abyss“ features six cover songs and personal interpretations of timeless classics by cult acts such as Slayer, Judas Priest, Mistfits, Exodus, GBH and Morbid Angel, bands that paved the way for many out there and shaped an entire scene. Following the previously released cover of Morbid Angel’s „Maze Of Torment„, Schizophrenia follows up today with their very own take on „Bullet“ by punk rock icons Misfits: SCHIZOPHRENIA – Bullet (Misfits Cover, Official Music Video) – YouTube

Vocalist & bassist Ricky Mandozzi on „Bullet“: „Extreme Metal in its early conception has been deeply rooted in punk, giving to metal its rawness and shock value. Misfits and especially the song ‚Bullet‘ is both shocking and very raw, a perfect example of punk influences in metal. Personally when I first listened to Bullet as a teenager it was like being struck by lightning. I always thought the music had a sort of eerie vibe and the lyrics were so gruesome they would perfectly fit in a death metal song. Perfect match for me! This is why when we eventually came up with the idea of recording a cover EP, ‚Bullet‘ was one of the first that came to mind. By recording it I was finally able to give my own interpretation with vocals to a song that I never got tired of listening over the years. I tried to do it  my way, how I always felt it. I hope you’ll have fun listening to this one as much as we did going back to some of our deepest roots„