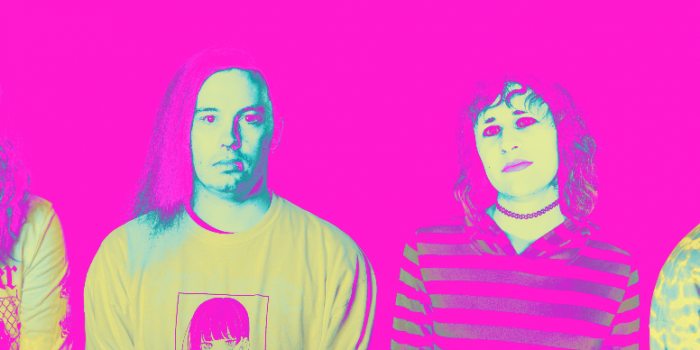 Speaking on the single release, Malady Jane (guitar) comments: „The origin of this track was a voice memo Hayley (Sparxx – vocals) sent me where she sang the guitar riff into her phone mic – I copied down what I heard to guitar and slowly but surely the song evolved into this wild mix of chaotic mathgrind and manic, sugary happy hardcore.

„On working with Carson Pace, Malady adds: „The Callous Daoboys were one of the first bands that started getting me into heavier music, so being able to work with Carson was truly an honor. The interplay between them and Hayley lends a frantic energy to the track that makes it one of my favorites on the record.“