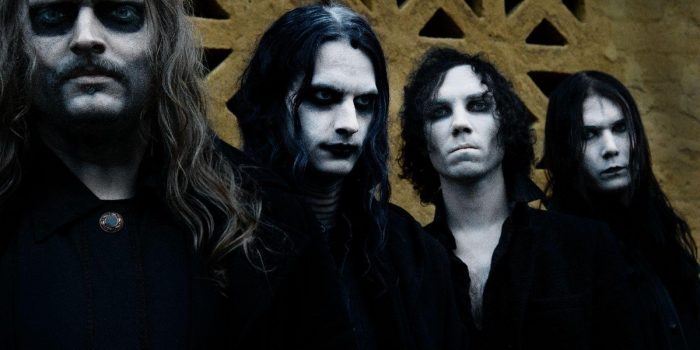 One of the most esteemed names in modern Swedish metal, TRIBULATION have extended their partnership with their long-standing record label, Century Media Records, and have not only entered into a new worldwide deal, but are also working on new recordings right now.

Furthermore, TRIBULATION’s latest album ‘Where the Gloom Becomes Sound’ (2021) has just won a Swedish Grammis Award last week for best ‘Rock/Metal Album’. Nominees amongst this category were At The Gates, Lucifer, The Night Flight Orchestra and Nestor. It is the second Swedish Grammis in TRIBULATION’s history after winning the first award with their 2018 effort ‘Down Below’.

Addressing the news of their extended relationship with the CM, as well as the band’s upcoming release plans, TRIBULATION guitarist and founding member Adam Zaars comments: “After this involuntary hiatus, this global societal and cultural hiccup, we are just about to return to the stages and as already announced, we have already started our next chapter. As of now, we have a few new songs recorded that will be released digitally later this year and on wax as soon as possible after that. It’s a Tribulation you will recognize, but in a new shroud with new tastes and smells. Angrier, darker, and a tad more cynical. We have also slowly started working on our next album that we will yet again release with our long-term partners Century Media Records, with whom we have now signed a worldwide deal. Make sure to catch us live this summer!”

Philipp Schulte (Director Century Media) further states: „We are happy to extend our partnership with Tribulation. Band and label have gone a long way together already. We are looking forward to years ahead of us as the band’s worldwide label home.”