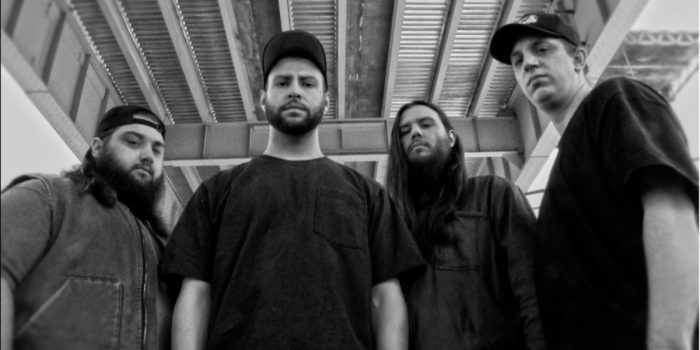 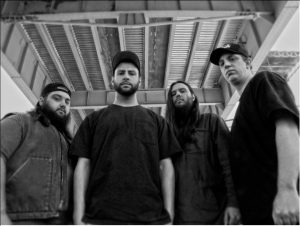 VOMIT FORTH has joined forces with Century Media. The Connecticut-based “Northeast Death Metal” powerhouse are set to release their long-awaited full length, Seething Malevolence on July 8th. While the band is known for a sound that borrows from the underappreciated East Coast death metal blueprint belched up from bands like Internal Bleeding and Scattered Remnants, Seething Malevolence expands to more experimental and unexpected sounds, refracting the band’s love for the likes of Napalm Death or Full of Hell.

Already known for their furious live show, sharpened by recent North American touring with labelmates, Frozen Soul and Sanguisugabogg, as well as experimental hardcore legends, Integrity, VOMIT FORTH’s name has cemented itself into the U.S. extreme metal landscape. The self-produced Seething Malevolence, which was mixed and mastered by Arthur Rizk (Power Trip, Ghostmane and features U.S. noisemonger, Prurient on the opening track “Untitled” is a clear next step. The band’s prior demos, collected on 2019’s Maggot Stomp issued Northeastern Deprivation won the band raves in the underground and the attention of Century Media.

“We’re excited and grateful to be working with Century Media,” says frontman Kane Gelaznik who started the band in 2017 with drummer Nick Herrmann, bassist Tyler Bidwell and guitarist Ricky Brayall.  “Going back to buying CDs from Asphyx, Merauder or Napalm Death, we’ve been fans of the label and really see them as a forward-thinking force in death metal. That’s the same attitude and vision we have towards our band and music – it’s no rules but our rules.”

“Hearing the unmixed record the band had produced themselves before they had signed with CM blew me away,” says Century Media Vice President of A&R, Mike Gitter. “While the band’s influences in death metal and hardcore are present, that’s just where it starts. VOMIT FORTH is onto something deeper and more extreme.”

Seething Malevolence delivers on the promise of everything VOMIT FORTH has hinted at so far. Northeast Death Metal.