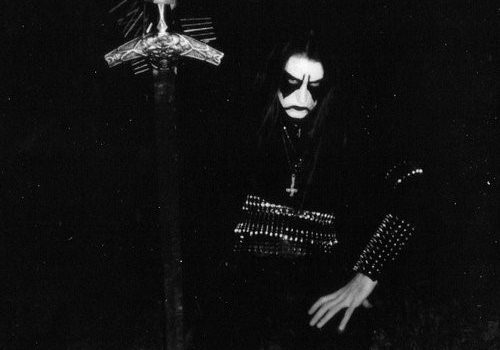 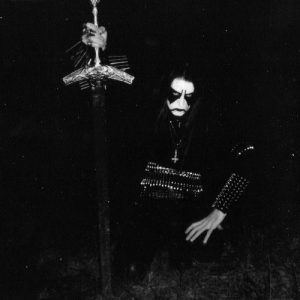 The epic song, ‚Path To The Unholy Frozen Empire‚, was released for the first time on GODKILLER’s second demo, „The Warlord“ (1995). The aggressive Black Metal passages are sublimely underscored by selective keyboard melodies and triumphant elements, all the while keeping the old school Metal flair and the atmosphere of grandeur alive. For the forthcoming demo compilation, „We Are The Black Knights“, the song – along with all other demo tracks – was carefully mastered by Duke Satanaël to bring out its full potential.

Duke narrates about the creation of ‚Path To The Unholy Frozen Empire‚: „I was very conscious of what I was doing. I wanted to make tracks inspired by the epics of the Middle Ages; long, complex pieces, with fast passages, others slow and melancholic, like the different moments of a story, with its twists and turns. It is one of the songs from that era that I still enjoy the most, especially the main riff. It sounds like a cavalcade, you can imagine Medieval armies marching, galloping, heading into battle. It was the first song I wrote in that vein – it took me away from the first demo. It’s got everything I wanted to do at the time: changes of rhythm, moving at different speeds; more martial passages; the use of horns, organs, choirs; and an epic, grandiose, triumphant feel.“

„We Are The Black Knights“ will be released by Debemur Morti Productions on CD, vinyl and digitally with fitting merchandising on December 9th. Also: There is a limited and exclusive long sleeves shirt design available. This item will not be reprinted.