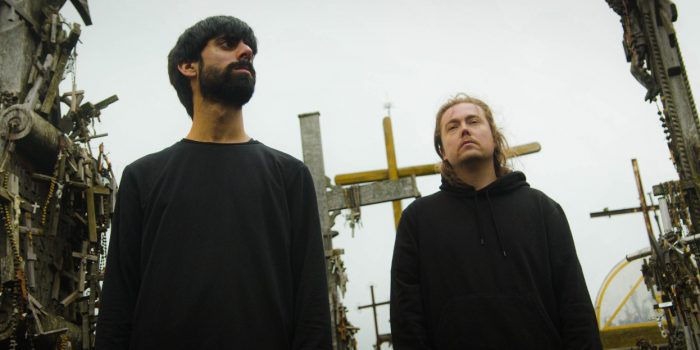 Almost 3 years in the making and the result of the most intense song writing process in the band’s history, HEXIS‚ „Aeternum“ displays a visceral, emotive and essential voyage through the power found in degradation and decay. The forthcoming third album will officially be released on August 26th but is already available for streaming on the label’s YouTube channel: Hexis – Aeternum (Full Album) – YouTube

Vocalist and mastermind Filip narrates about finding the perfect flow of the songs throughout the album: „We spent quite a lot of time on this question, actually. It all began already early during the song writing process. We started to focus on the fact that most of the songs should be written in different BPM to avoid the more ‚monotone flow‘ of our previous albums. If I remember correctly, then the majority of the songs on each of the previous albums is kept in the same BMP. This also has to do with the fact that we never did any demos for those tracks. We were mainly just jamming our way through everything without a click or anything like that when we composed them. When we had to choose the order of the tracks for the new album, the first half developed naturally. It was important to me that ‚Exhaurire‚ was one of the first songs since the slower ones always came more towards the end on our previous works. But this time, we wanted this vibe to be present earlier on. The last part of the album was harder to put together, and we ended up cutting a song that we really like from the album. It was simply necessary to make the whole puzzle fit together. The idea behind placing ‚Vulnera‚, ‚Captivus‚ and ‚Memento‚ right after each other is simply that each track is getting more and more intense. Afterwards, ‚Amissus‘ comes on and everything is slowing down again. Eventually, the album ends with the quietest moment on „Aeternum„, namely the title track which is an instrumental. This one is very much inspired by Hildur Gudnadóttir (PAN SONIC, THROBBING GRISTLE, SUNN O)))). We felt it had a nice touch to end the whole album with a source of inspiration which is completely different from anything else that we have done in the past.„