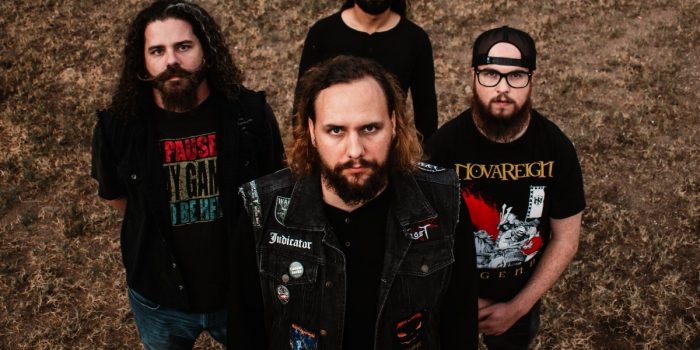 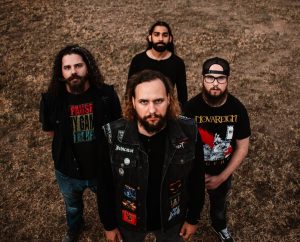 US power metal group JUDICATOR have today released their new album, The Majesty of Decay, via Prosthetic Records. In celebration of the release, the band has also shared a new music video for the title track. On The Majesty of Decay JUDICATOR traverses through weighty themes of love, illness and death, familial belonging and transformation from the mortal coil into the afterlife:

Speaking on the music video release, John Yelland (vocals) comments: „This is a video lovingly shot and edited by Austin Bentley, a longtime friend of the band. We decided on aesthetics and a look that are hellish and reminiscent of old film, like a dusty, forgotten VHS tape. The lighting, b-roll, and the song’s themes make for an isolated, dream-like hellscape. We’re very proud of how this turned out.“