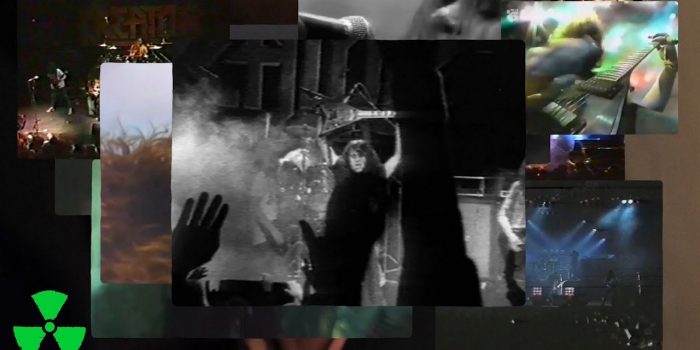 The day has finally come for metal titans KREATOR to unleash the beast that is their monster new album, „Hate Über Alles“ – a strong album-of-the-year contender as well as a clear statement against hate & the division of society.

To landmark its release day, KREATOR present „Become Immortal„! A lyrical and visual look back through the ages of their legendary career, whilst passing the torch to young German thrashers DESTROY THEM from Mille’s hometown, Essen, who feature as the Kreator performing in the video.

Mille Petrozza comments: „We’re very proud of this record and we hope our Hordes love it as much we do! A big thank you to everyone involved and to our fans around the world for their support and for giving us a warm welcome back!

The video was our third in a row with Tom Schlagkamp and his team, it’s been a pleasure working with them. The video is based on the lyrics, which is a full circle look back through the years and celebrating our early beginnings, through to the release of our latest record, ‘HATE ÜBER ALLES’.„