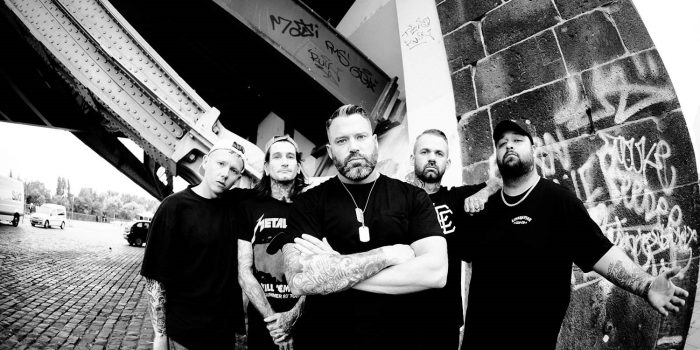 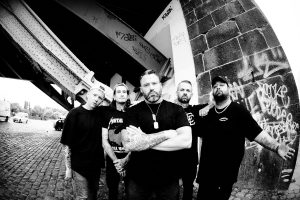 Heavy hardcore legends LIONHEART are back in full force with new single ‚DEATH COMES IN 3’S‚ featuring the mighty Jamey Jasta of Hatebreed, and have announced new album »Welcome To The West Coast III«, set for release on 9th December via Arising Empire.

»Welcome To The West Coast III« is 11 tracks of crushing riffs and violence-inciting grooves, which boasts a star-studded guest feature line-up including Ice-T (Body Count), Alex Taylor (Malevolence) and more, joining frontman Rob Watson for a maximum vocal assault.
Their third chapter was produced by Jamey Jasta and mixed and mastered by Will Putney.
The photography for their artwork is done by renowned California street photographer Angel Macias. 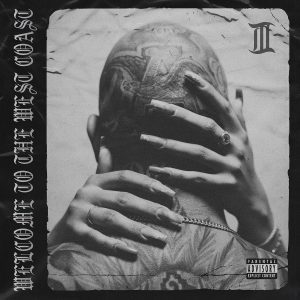 Bay Area, California’s reigning kings of heavy hardcore first stormed into the scene in 2007 with their debut album: »The Will To Survive«. Taking influence from bands like Blood For Blood, Hatebreed, and Madball; Lionheart came out swinging with a full blown assault of blistering metallic hardcore. They quickly followed it up with 2010’s »Built On Struggle«, 2012’s »Undisputed« and years of nonstop touring.

Following a short break after their release »Undisputed«, the band came back stronger than ever with 2014’s »Welcome To The Westcoast«. The album debuted at #1 on both iTunes Metal and GooglePlay Metal Charts. Lionheart stormed into the scene again in January 2016 with »Love Don’t Live here«. The album title, a nod to a classic R&B/ Motown Song by the same name, shows the bands unwillingness to conform to the typical „hardcore mold“, as well as the bitter and unforgiving lyrical content the band is known for.
November 2017 saw Lionheart unleash »Welcome To The Westcoast II«. A sequel to »Welcome To The Westcoast« (2014), the album brought forth a new era in California Hardcore, and saw them again debut at #1 across the iTunes Metal Charts and Google Play Metal Charts.

2019, after endless touring around the Globe, Lionheart returned with their most punishing Album to date: »Valley Of Death«. Backed by a combination of blistering metallic hardcore and heavy West Coast groove, front-man Rob Watson provides an insight into a life of torment, violence, and an unrelenting will to overcome. With »Valley Of Death« Lionheart climbs into the German Top 20 Album Charts, as well as #1 on iTunes Metal Charts and Google Play Metal Charts