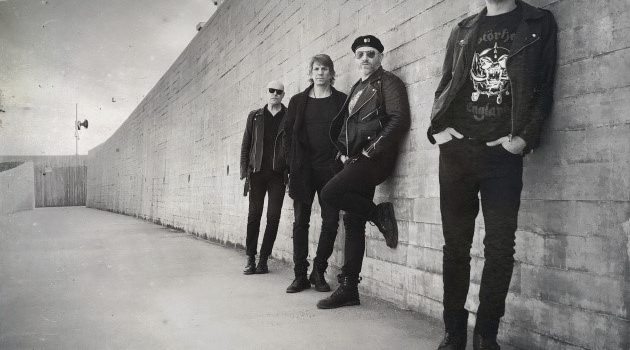 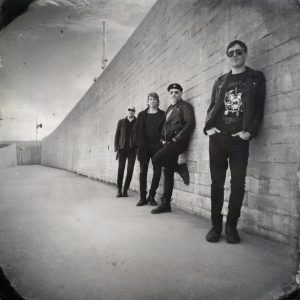 After New York post-punk/dark rock veterans Blacklist recently unleashed the brand new single „The Final Resistance“, today more details about the band’s upcoming second album have been released. „Afterworld“ will be out on October 28th via Profound Lore Records and marks the band’s first album in thirteen long years. Featuring ten brand new tracks packed with the band’s captivating and distinctive sound, „Afterworld“ seamlessly picks up where its critically acclaimed predecessor „Midnight of the Century“ (2009) left off: Powerful and dark anthems, blending elements of shoegaze and heavy metal with coldwave in a fluid motion. Thematically, the upcoming album explores the possible meanings of love in a time of political and environmental collapse, and with the track „Pathfinder“, the band has given another glimpse of their soon-to-be-released album.

Joshua Strachan comments: In the summer of 2021, we met up with no demos, no preconceived notions of what or how we would write. At least nothing beyond the vague question I’d had in the back of my mind, “What if a band like Blacklist did what Iron Maiden did with ‘Somewhere In Time’ and made a guitar synth record?” We got a Meris Enzo pedal, a lot of tequila, and went into Glenn’s basement to see what would happen.

We ended up writing the basic parts for four songs that weekend, one of which was ‘Pathfinder.’ Musically I feel it has a lot of spiritual similarity to old school Blacklist songs like “Dawn of the Idols” and “Julie Speaks” with Glenn doing a sort of tribal drum thing and Ryan chugging away on a very propulsive bass riff. Lyrically, though, it really reflects what I feel is the most significant break from older Blacklist material. The lyrics are searching, yearning. They communicate vulnerability and uncertainty.

He continues: I think it’s really reflective of where we are and who we are now. It’s Blacklist through and through, it’s the sound of charging forward into a fucked up world, it’s about human connection, and that really encapsulates what we’ve always been about.