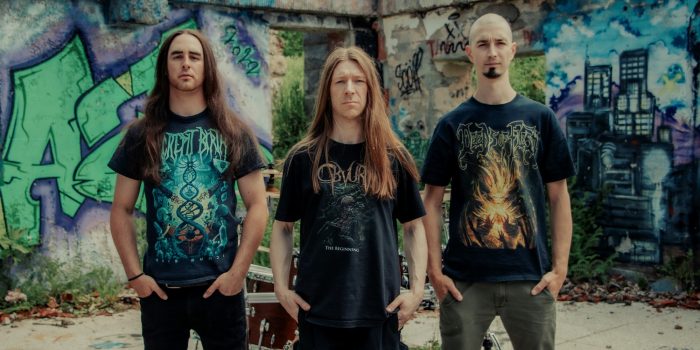 Canadian technical death metal trio Obvurt have released their second single ‚Versus‘ from forthcoming new album Triumph Beyond Adversity, due to be released via Unique Leader on 2nd December. Watch the new visualiser here: Obvurt – Versus (Official Visualizer Video) – YouTube 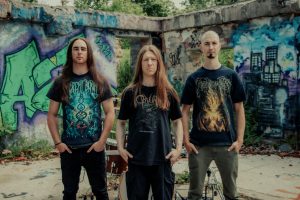 Obvurt, an amalgamation of the words obvert (to oppose) and hurt (to wound), was created in 2020 as a solo project by Philippe Drouin (ex-Unbreakable Hatred) and remains a compelling lesson in human spirit and perseverance. After being involved in a car accident in 2016, Drouin found himself unable to play guitar, as he could no longer pick due to a severe injury to his right hand. Rather than abandoning the instrument he’d been playing for 15 years, Drouin taught himself to play left-handed, it took three years and an estimated 7,000 hours of practice, under the tutelage of famously ambidextrous shredder, guitar tutor Michael Angelo Batio. 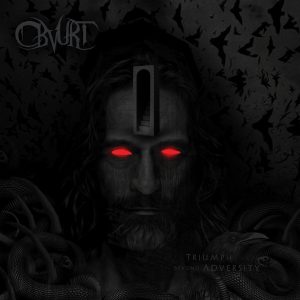 Returning in 2022 with their first full-length, Triumph Beyond Adversity, Obvurt offer an intense listen that’s not without balance. There are plenty of crushing grooves, technical riffing, blistering drumming, triumphant leads and guttural death growls to be had. Eight tracks of aggressive death metal just fly by, propelled by their own energy and raw strength.

Moving forward lyrically from their previous 2021 EP release The Beginning, which saw Drouin express a lot of his story and feelings from his time in recovery, Triumph Beyond Adversity explores the effects of the global pandemic on the band, right through to looking at the possibility of World War III whilst putting a positive spin on the situation, taking strength from perseverance, defiant in the face of adversity.