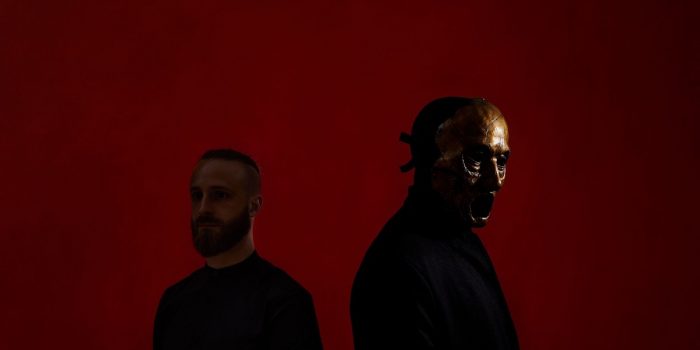 Four years on from their debut album, London, UK melodic doom band SERMON have today announced their return and shared details of their upcoming sophomore full length, Of Golden Verse. Alongside the album announcement, SERMON have also shared the lead single, Golden, via Bandcamp with an accompanying visualizer: Of Golden Verse (lnk.to) 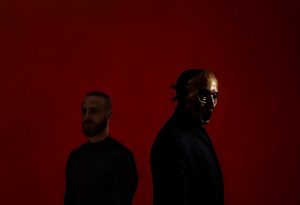 Speaking on the lead single and album announcement, SERMON’s Him comments: „Golden is as close to a political song as I think SERMON will ever get to. A song that tells the tale about a reign, weighing down on those under it, until they are bound by it. It’s an important song to the record semantically and musically. It’s a pulsating build, that ascends to a ferocious musical climax.

„Golden is the almost-title-track on of Of Golden Verse, an album themed on abuses of power; from an individual, cultural, religious and political level, with each song a fragment of that. It’s been a long time coming and we can’t wait for the world to listen.“

A beacon of iridescent musical light amid the torpid fog of modern life, SERMON blazed brightly but briefly when they released their debut album back in 2019. Led by the shadowy figurehead known only as Him, they blurred boundaries with the aptly titled Birth Of The Marvellous – which earned widespread acclaim and the effusive support of listeners around the world. But then, after a single live show at Prog In Park in Poland, there was only silence.

In the years between then and now, the world has become a darker, nastier place. Summoned from their slumbers for a second time, Him and his collaborators are back with an album that accurately encapsulates the mood of the moment. Recorded at Grindstone Studios under the legendary supervision of producer Scott Atkins, Of Golden Verse was entirely written by Him, but the new songs reached their final, immaculate state through a team effort.

Him comments: „James is the other side of this. I’ll give him the demo of a whole album and the drums will be written, and he likes me to do that, but when we get in the studio, he makes his suggestions and it often becomes this whole other thing. It wouldn’t sound remotely the same with another drummer. Meanwhile, Scott is the George Martin of the piece. So really SERMON is a trio. I give them something that’s fairly well formed, it’s almost there, and they add into it because they’re far more skilled than I am.“

The resulting 10 tracks that make up Of Golden Verse are musically intense, dynamic – and often a startlingly heavy trawl down corridors of corruption and stairways of compromise. First single Golden is a stunning entry point to SERMON’s reconfigured world; dense with melody and melancholy, it showcases the band’s expanded sonic vision, with lyrics that detail a slow, steady chipping away at the human spirit. There’s no question: Sermon has returned in 2023 with an imperious flourish.