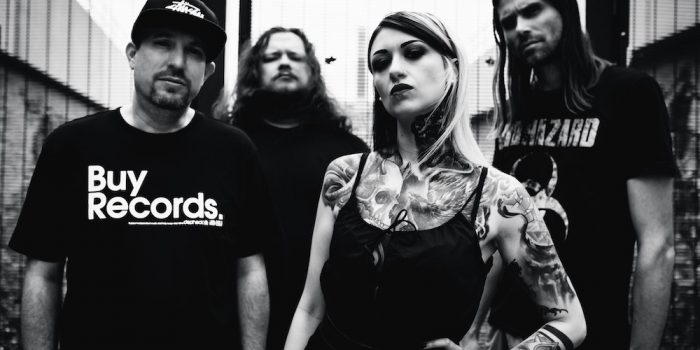 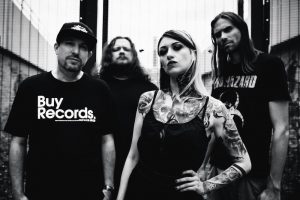 Hardcore/ thrash/ crossover band Cage Fight, have released a new single titled, ‘Respect Ends.’ The accompanying video – satisfyingly played out by Cage Fight vocalist, Rachel Aspe – arrives as a warning to those that attempt to prey on others.

Rachel explains, „This song is dedicated to men (or in fact anyone) who thinks it’s ok to harass, abuse, make inappropriate comments or not take no for an answer, both in the real world but also online. It’s also a message of solidarity to those who have been victims of such behaviour. The video is symbolic of the frustration and damage this can cause, and it’s something we,as a society, should not and will not accept.

The final message is clear. If this is how you behave, stay the f**k away. Otherwise, you will regret it.“